Drug use - the impact of decriminalisation 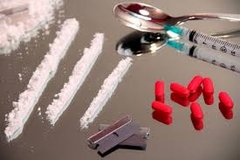 The  2016 Drug Policy Modelling Program (DPMP) briefing paper on the decriminalisation of drug use and possession reported that drug use rates do not change or dramatically increase when the laws are changed to decriminalise drug use.

drug use rates do not change or dramatically increase when the laws are changed to decriminalise drug use. (DMPM)

A 2014  UK Home Office report on the international evidence regarding the impact of decriminalisation of drug use found that decriminalisation does not affect the level of drug use prevalence, neither lowering nor increasing it. Trend data from Portugal show that, while levels of drug use rose between 2001 and 2007, use of most drugs thereafter has fallen to below 2001 levels. The authors of the UK Home Office report concluded it is clear there has not been a lasting and significant increase in drug use in Portugal since 2001.

A 2016 review of the Portuguese evidence  looked at trends in drug use prevalence across three different populations – the general population (aged 15–64 years), adolescents (15–16 years) and problematic drug users (defined as frequent or dependent use of heroin or cocaine).   While confirming that drug use in the adult population and among problematic drug users both appeared to have fallen since 2001, the authors found that the use of cannabis by adolescents appeared to have increased since 2001. They suggested that the small increase might be attributable to the legal reform, perhaps through reduced stigma attaching to illicit drug use, but as a similar trend had been observed in other European countries including Spain, Italy and Poland, they concluded that shifts among the adolescent population ‘may be unrelated to the reform’.

1 A Stevens (2016) ‘Is policy “liberalization” associated with higher odds of adolescent cannabis use? A re-analysis of data from 38 countries’. Paper presented at the ISSDP Regional Meeting for the Americas on Cannabis Policy, New York.