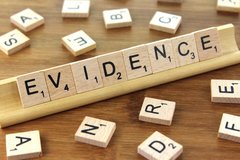 The account of the international evidence regarding the current situation and the impact of decriminalisation in countries where such measures have been introduced has been drawn from three recent overviews of the evidence.

These overviews have been chosen based on: (1) consideration of the rigour and thoroughness of the review process used by the authors of the overviews, and (2) our judgement that the authors have endeavoured to be impartial and objective in their assessment of the evidence.

The Drug Policy Modelling Program (DPMP) is part of the National Drug and Alcohol Research Centre (NDARC) at the University of New South Wales, which is supported by funding from the Australian Government, among others. The aim of the DPMP is to improve Australian alcohol and drug policy. DPMP does not have a set view of what drug policy should be – rather the key goal is to help generate effective Australian drug policy based on the best research findings.

During 2013 and 2014, ministers and officials from the UK Home Office took part in fact-finding visits to, and discussions with, eleven countries, including Canada, the Czech Republic, Denmark, Japan, New Zealand, Portugal, South Korea, Sweden, Switzerland, the United States of America and Uruguay. Home Office officials undertook desk-based research on policies in a number of other countries including the Netherlands.

Based on the fact-finding visits, and grounded in an understanding of the drugs situation in the UK, a set of responses to drugs which stood out as particularly innovative, widely discussed, or relevant to the UK situation, were identified. Further research and analysis was done of the evidence base around each of these responses. Decriminalising the possession of drugs for personal use was one of the responses examined in the report entitled Drugs: international comparators.

3. UN Special Rapporteur on the Right of Everyone to the Enjoyment of the Highest Attainable Standard of Physical and Mental Health

In their Joint Open Letter  (15 April 2016) on the occasion of UNGASS 2016, the UN Working Group on Arbitrary Detention, together with three UN Special Rapporteurs and the Committee on the Rights of the Child, called for the decriminalisation and depenalisation of drug use: ‘The criminalisation of drug consumption and possession for personal use has contributed to a range of negative consequences for the health, security, and human rights of individuals and communities across the globe. There is clear evidence that criminalisation drives those most in need away from vital health interventions or places them in prison with significant implications for public health.’

The ‘clear evidence’ to which the authors of this joint open letter were referring was contained in a report submitted to the UN General Assembly on 6 August 2010 (A/65/255) by the UN’s Special Rapporteur on the Right of Everyone to the Enjoyment of the Highest Attainable Standard of Physical and Mental Health.

Additional sources containing more recent evidence with regard to particular issues, or further analysis, are cited where relevant. CityWide welcomes suggestions for additional research-based evidence that may be cited in these pages.