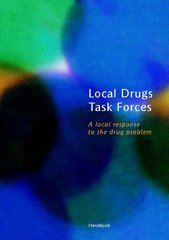 The Local Drugs Task Forces were set up in 1997 to facilitate a more effective response to the drug problem in the areas experiencing the highest levels of drug misuse. This was to be achieved through improved co-ordination in service provision and through utilising the knowledge and experience of local communities in designing and delivering those services.

The Task Forces comprise a partnership between the statutory, voluntary and community sectors. They were mandated to prepare and oversee the implementation of action plans which co-ordinate all relevant drug programmes in their areas and address gaps in service provision. The Cabinet Committee on Social Inclusion allocated £10 million to support the implementation of the initial Task Force plans, which were prepared in 1997. Over 200 separate measures, mainly community-based initiatives, were funded to complement and add value to existing programmes and services under the themes of education, prevention, treatment, aftercare, rehabilitation and reducing supply.

In November, 1998, following an independent evaluation, the Cabinet Committee on Social Inclusion approved the continuation of the Local Drugs Task Forces for a further minimum two year period. The National Drugs Strategy Team subsequently reviewed the operation of the Task Forces, taking account of the findings/recommendations of the evaluator, and reached agreement with them on a number of measures aimed at strengthening their impact. The Minister of State for Local Development and with special responsibility for the National Drugs Strategy, Mr. Chris Flood, T.D., obtained the approval of the Cabinet Committee for these measures in July, 1999. This handbook outlines the revised arrangements for the operation of the Task Forces, following the review.

The Cabinet Committee has allocated a further £15 million towards the initiative over the period 2000-2001. This funding will enable the Task Forces to update their action plans and also tackle issues which need to be addressed on a cross-Task Force basis.